The 16th public services festival [Stadtwerkefest] was held in July 2016. People from the region and tourists from all over the world were delighted to see top performers such as Cyndi Lauper and Carlos Santana. This year, the organisers decided that the security concept would be supplemented by intelligent video surveillance. Working under clear conditions set by the data protection officer from the competent authority, Argosguard set up a video control panel which was integrated with a mobile camera tower. A self-sufficient network enabled continuous viewing, which could be checked via three MobileCams, each with full HD dome cameras, at a height of over 8 metres. 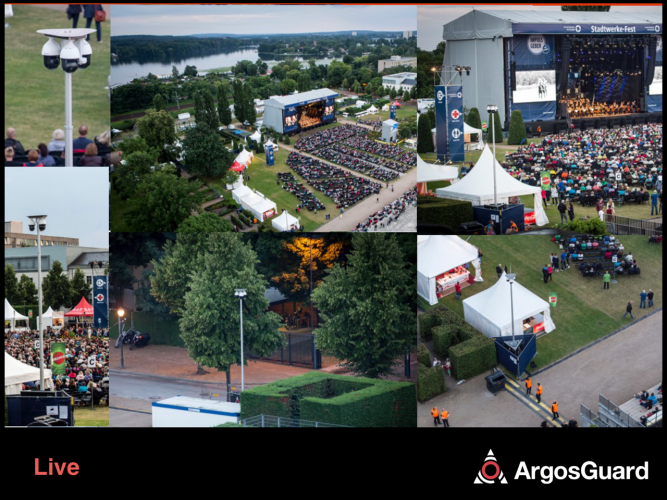 Prevention was the main aim. The focus was on visitor influx, high-density crowding at entrances and exits and also early recognition of any potential disturbances. The operator at the video control panel could communicate with the event’s security personnel interactively and inform them on priority areas. 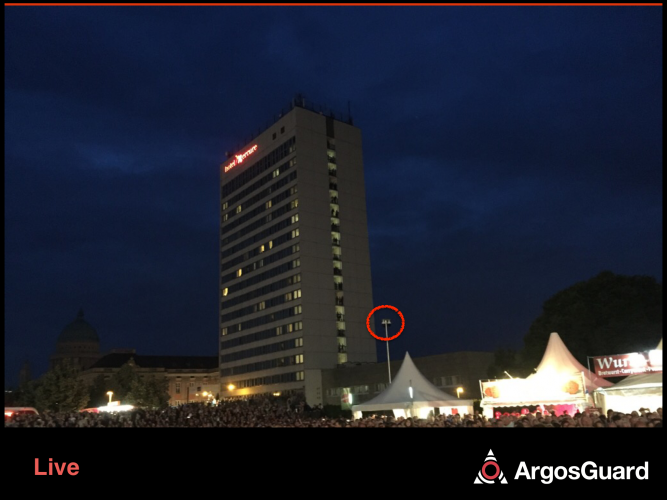 At around midnight, thousands of people left an artistic, ambitious festival that, most importantly, ran without a glitch. This was due to polished organisation by the event’s organiser.